For divorce and separation the NY court system is broken 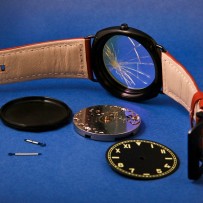 The way in which issues involving families and children in New York is broken and the schism becoming so wide that it may be broken beyond repair.

An example is the fact that we have not one, not two, but three separate Courts that handle family issues. There is the Supreme Court, the Court of general jurisdiction and the only Court that can grant divorces and distribute property; the Family Court, which hears everything from custody to Orders of Protection to PINS matters to foster care, but can NOT grant a divorce or divide property and then there is the IDV Part of Supreme Court, set up as an Integrated Violence Part.  Each Court can hear your matter independent of the other, causing you to be in separate Courts, with different Judges on matters involving your family and children. For a middle class battered by the economic times and the realities of their situations, this is just an added expense compounding litigation that can not be afforded to begin with. Many cases are commenced with a Family Court petition and then an action for divorce is started. You would think that the Family Court matter would be consolidated and brought into the Supreme Court, yet certain Family Court Judges (do not know if it is a majority) will not consolidate, meaning your matter is being tried and heard before two different Judges, in two different Courthouses, even though all of the issues relate to your marriage or relationship.

In the Courthouses, the Justices are rotated, meaning that if your matter drags on for over a year, which it will unless settled, you may have two, three or four different Justices or Judges assigned to your matter. You will hear your attorney asked, “Tell me something about this case” to the point where you are frustrated more by the system than the problems you have with your spouse. Justices with seniority notoriously turn down the Assignment Part for divorce and family matters in Supreme Court, so often times litigators find themselves speaking to Judges and Justices who had no matrimonial background and were previously assigned to Criminal Court, Housing Court or lower Civil Court. Those jurists will now hear matters involving the future of you, your spouse and most importantly your children. In Family Court you will be one of many on the docket and calendar that day, without enough hours in the day to accommodate and decide all of the matters entrusted to the Court.  Again, many matters are referred to referees who are neither elected nor appointed to Judicial positions, yet hear and determine issues that go to the heart of a family.  The Domestic Relations Law in New York is unlike most others; issues involving equitable distribution, licenses, businesses and the like are sometimes complex, yet the Judge handling your matter, may have had a minimum amount of exposure to the Law or the issues involved in his or her career.  The Judges try to the best of their abilities but it is an impossible situation.  Uniform rules that were supposedly put in place for the Matrimonial Bar, do not exist. In fact, in each Courthouse, the rules vary from Justice to Justice; who you get as your Judge can have a tremendous affect on your matter. In some of the Courthouses, Justices give out dates for trial, ordering their parties and attorneys to prepare for same, at a large expense, and then when they arrive at Court they are told that there are several matters marked for trial and you should come back in three months. Your lawyer will have to prepare again, bill you again and you will have to go through the thoughts and emotions of getting “psyched” for a new trial date. Meanwhile, the case languishes, the issues that are pointed and hotly contested become worse and the situation of the parties, as well as their emotions fester.